Welcome! Thanks for visiting APUSHReview.com. Would you like to take a course to help you succeed in APUSH? Whether it’s a course that matches up with a textbook or analyzes documents we have just the course(s) for you. Each course has various assessments (Including Multiple-Choice and Short Answer) to help you succeed in APUSH. Watch the video below to learn how to register and begin your journey!

I am OBSESSED with analyzing the APUSH curriculum. I pay especially close attention to the documents/examples that the curriculum suggests to teach to illustrate a concept. As a result, I have created a review sheet that I am assigning to my students. This is by no means a complete review packet, but rather, one that is based off of the new curriculum. As a result, there is a likelihood you will see some of the information in the packet on the day of the exam. I do NOT have a key for this. If anyone would like to complete this and send it to me, I will happily post it as a key and give you credit As always, best of luck, and never forget you are more than a test score.

With the exam being here soon, it’s NEVER to early to review material for the it. Below are 4 videos that will help greatly for review.

Download a fill-in the black sheet courtesy of Ms. Ayotte (thanks for creating this!) here: APUSH Period 1-5 Review Fill in the Blank

As always, best of luck, you will do great!

Characteristics of the Chesapeake Colonies

Although Jamestown (VA) did not have much economic success in its first few years, both colonies eventually became wealthy by exporting the cash crop tobacco. Most of the settlers were young, white males that came over as indentured servants. As a result, the Chesapeake – as well as the South as a whole – tended to have more male than female settlers from England. (Side note, as a whole, England still sent more men AND women than France and Spain.)

Diseases were more common in the warm climate of the Chesapeake than they were in the New England colonies. As a result, the death rate was higher and extended families were less common.

It was not until the late 17th century, after Bacon’s Rebellion, that the major source of labor switched from indentured servants to African slavery.

Politically, the Virginia House of Burgesses was founded in 1619 in Jamestown and was unusually democratic for its time. This governing body was America’s first representative government. By 1670, voting was limited to property-owning men. As was the case in Colonial America, women were not given the right to vote.

Potential essay topics could include comparing different regions of the original 13 colonies and comparing the English colonies to other European colonies. Either of those essay topics can include detailed characteristics of the Chesapeake colonies. By the way, Comparison is one of the Historical Thinking Skills that the College Board can assess on the exam. 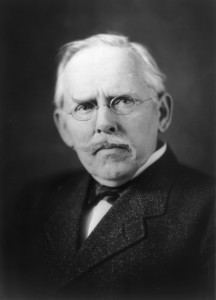 Jacob Riis, a Danish immigrant, profoundly changed the urban landscape of New York City in the late-19th/early 20th centuries. Armed with a camera, Riis exposed many of the horrific living conditions of many poor and immigrant New Yorkers.

His best-selling book, How The Other Half Lives, emphasized the plight of many urban dwellers to mainstream society. As a result of this publication, many of the tenements in New York City were torn down and replaced with better housing.

Indeed, Riis was so well-known that he became quick friends with New York City Police Commissioner and future president Theodore Roosevelt. The two could be seen walking the streets after midnight when Roosevelt was commissioner.

Tips for Riis and the test

Just as with any document, think about who would agree and disagree with Riis’ views:

Any essay about the Progressive Era could reference Riis and his influential work.

Riis was an instrumental part of the Progressive Era. To review this period, check out this video here:

Your total resource for Advanced Placement United States History Review. This website is the sole creation of a high school history teacher and is not endorsed by the College Board, AP, or any school district.

By continuing to use the site, you agree to the use of cookies. more information